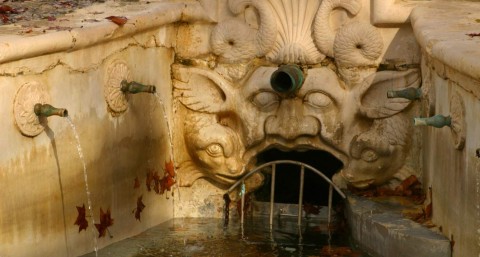 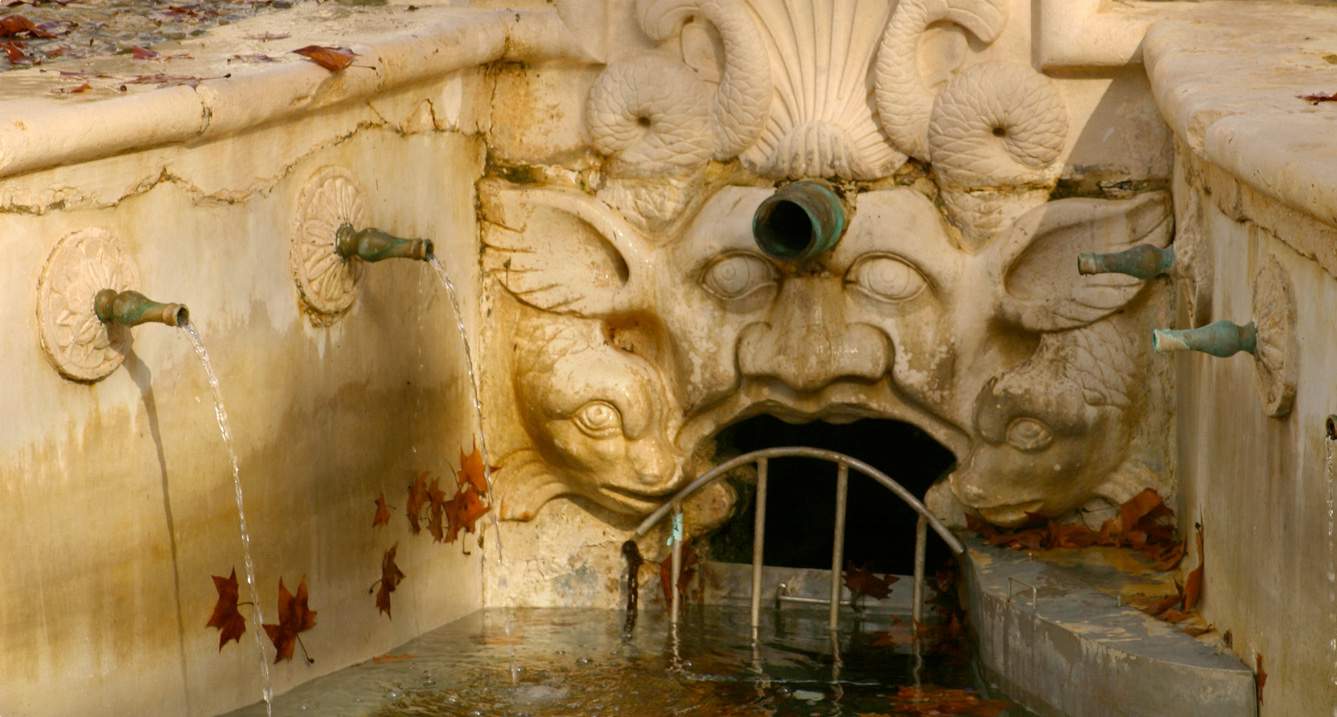 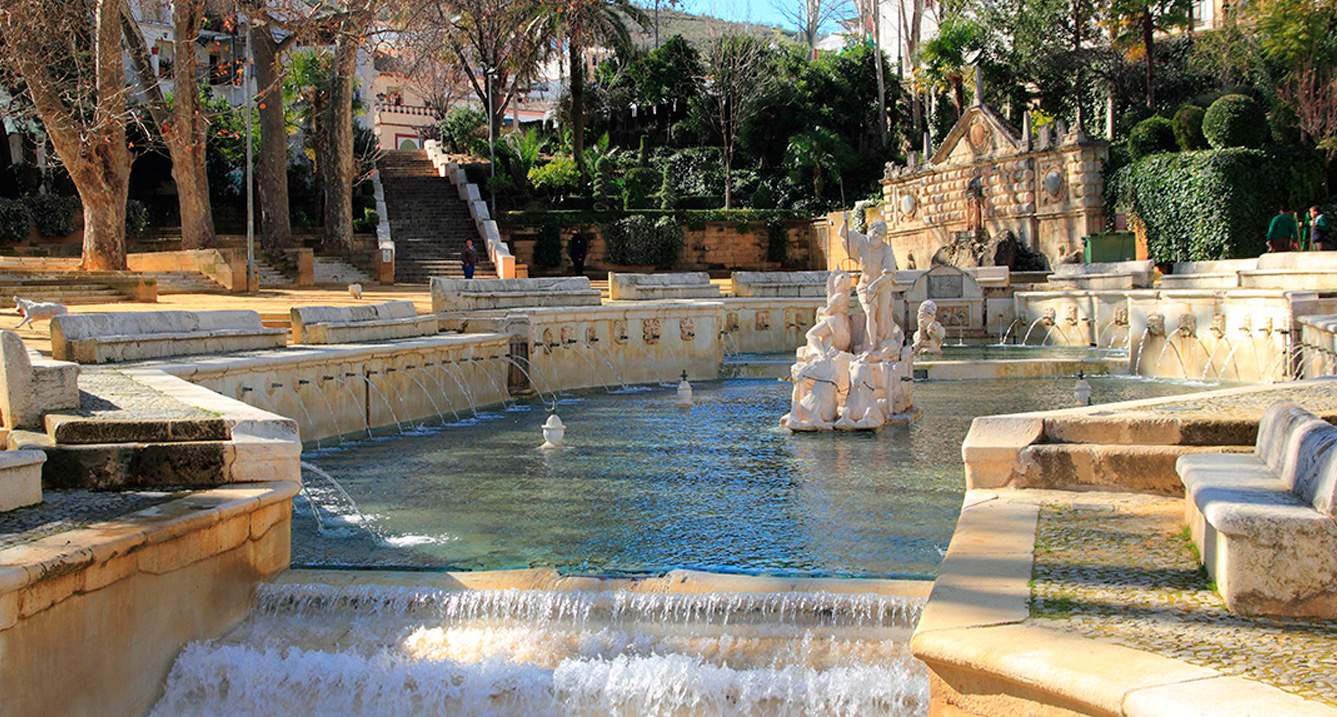 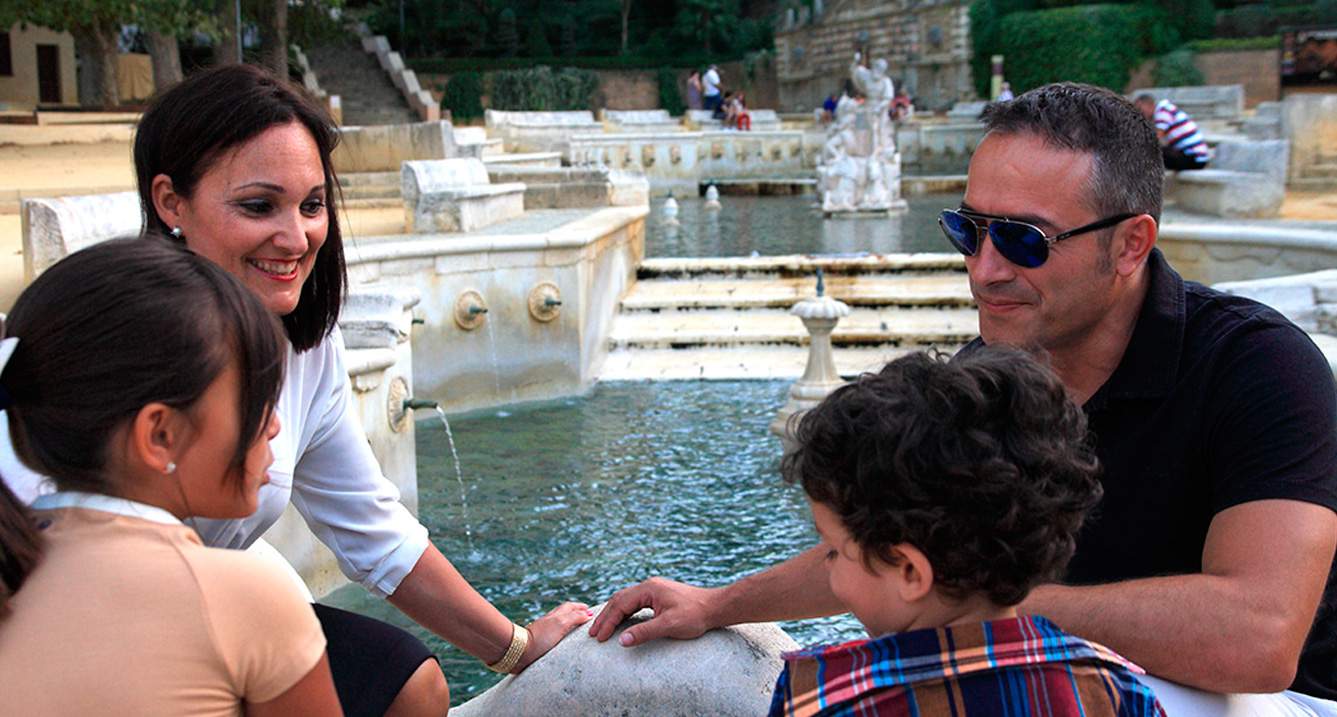 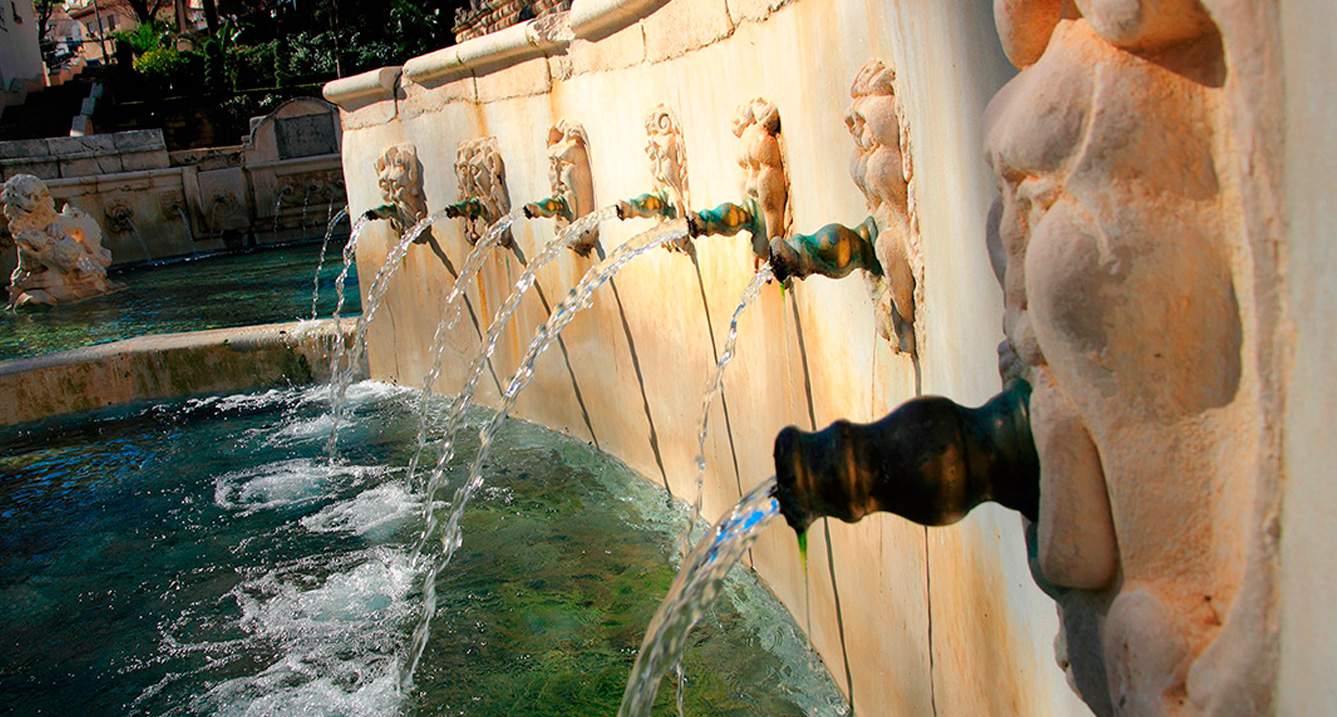 The Fuente del Rey – Neptune’s fountain – was rebuilt a number of times after the sixteenth century, and finally completed to a baroque design by Remigio del Mármol in 1803.

The fountain has 139 water spouts, many of them emerging from the faces of stone gargoyles, and has been declared a national monument.

The water gushes into three elongated and sinuously curved basins set at different levels: in the first is the figure of a lion battling a serpent, attributed to the neo-classical sculptor Álvarez Cubero; in the second -- the centrepiece of the monument, created by Remigio del Mármol -- King Neptune and his wife Amphitrite ride a chariot pulled by horses surging through the waves, and from here, the water rushes away into the third basin, where it disappears into the gaping mouth known as Clero – a humorous reference to the clergy which funded the monument.

Close by the Fuente del Rey is the Fuente de la Salud – the Fountain of Health – on a site where according to legend, King Alfonso XI once pitched camp. It was designed to channel the spring which served the town, and was built in the sixteenth century by Francisco del Castillo, with the assistance of a local mason, Alonso González Bailén.

This fountain has also been declared a national monument: it has a substantial facade in a mannerist style, with a latticework of polychromed marble, and in its centre is a niche with a sculpture of the Virgin. The rocks below are embellished by a series of bas-reliefs which combine a mythological theme – Neptune, Amphitrite, and Medusa – with a religious one, of a shepherd with his flock.