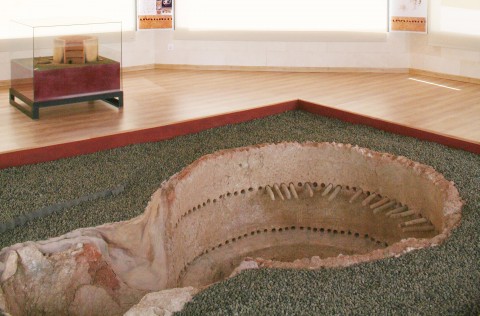 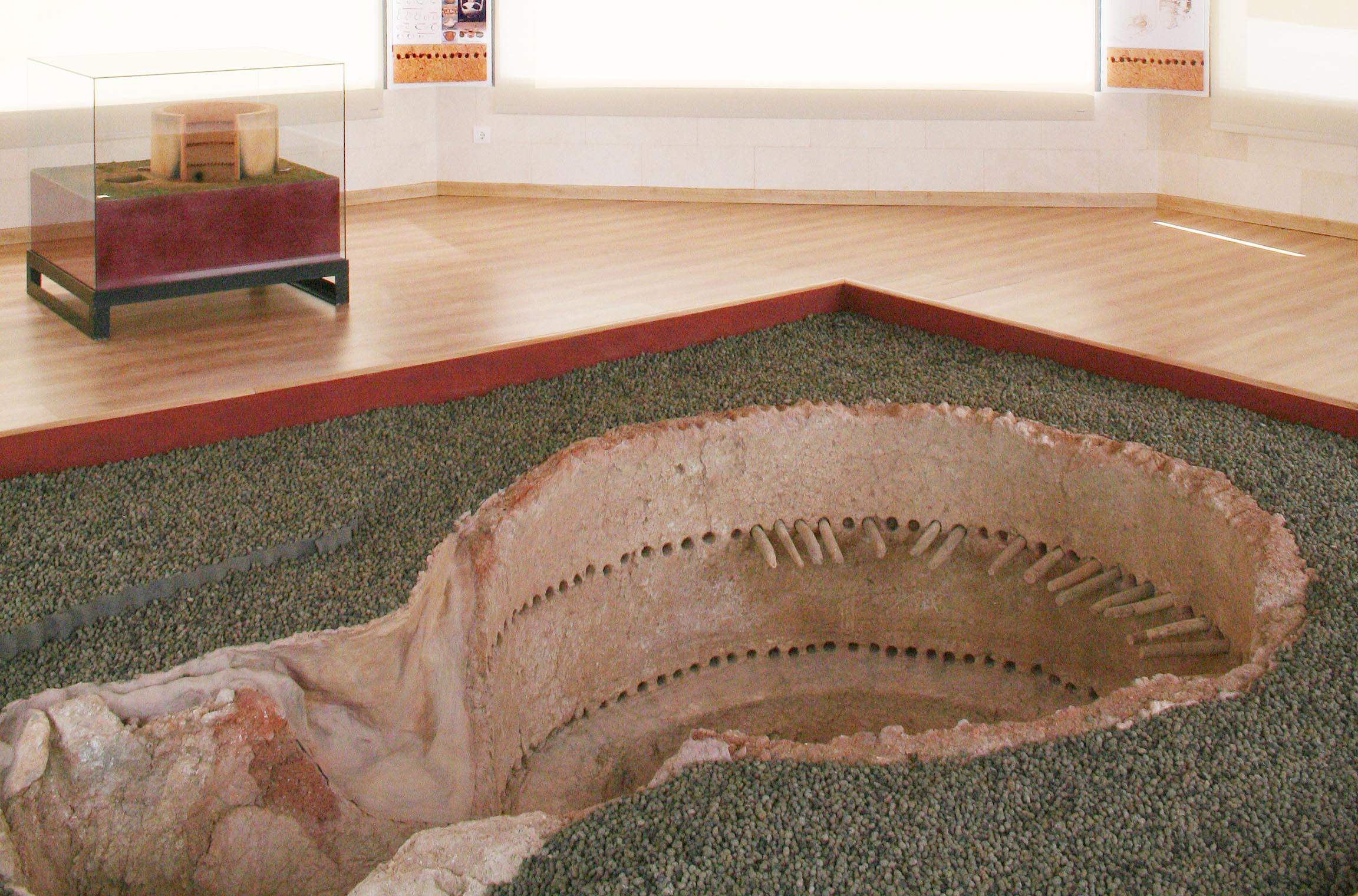 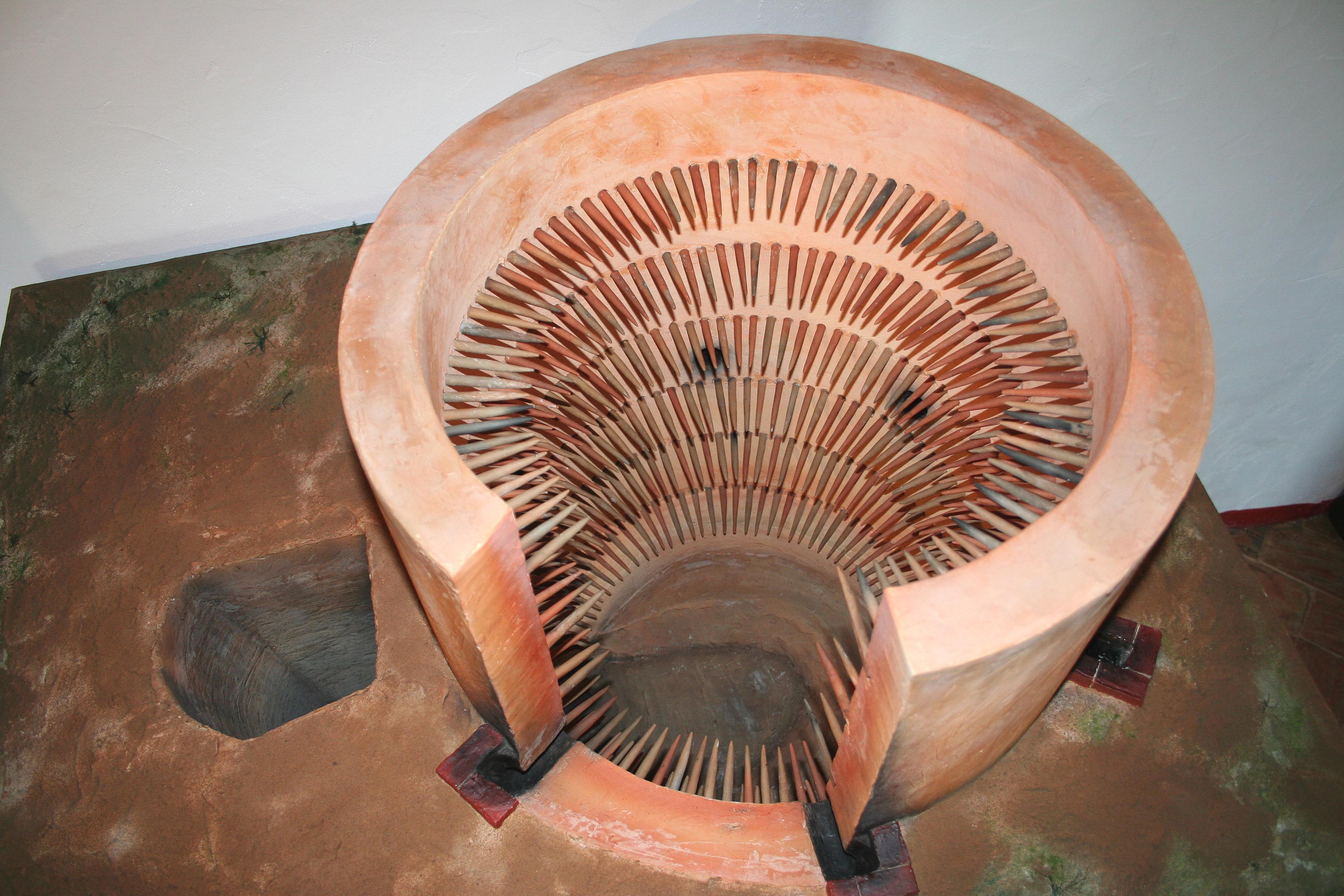 This kiln was excavated in 1993 by the Museum (Municipal Service of Archaeology). The work consisted in the construction of a pergola of octogonal floor in which there is a metal structure with the crystal enclosure and a ceramic tile roof. In the interior, it is the kiln in a central position and there are various museographic elements such as some posters referring to the medieval Islamic Priego, its potter quarter and a mockup of this kiln.

The potter quarter madinat Baguh was located in the actual streets calle Lozano Sidro and calle San Marcos and it had an area of 1,5 hectares in the 12th and 13th centuries. Many elements have been excavated in this area since 1993. These elements are various ceramic kilns, different types of kilns and other structures such as trenches in order to extract clay, tanks, walls, pavements, etc.

The location of these elements in this area of Priego is not chance, because there was abundant water extracted by wells and a geologic substratum in which there was clay suitable for its modelling. In addition, this quarter was located in the suburbs, thus its activities (emissions of fumes, accumulation of wastes, etc.) were not too annoying for people.

This kiln is partly excavated in subsoil and it has a floor with a “keyhole” form. Besides, it has the following parts:

In spite of its medium size, a hundred pieces were baked at the same time in this kiln. The complete line of perforations, which can be seen at present, has 77 holes that held a lineal shelf with 6,10 m long and 35 cm wide. It is known that the kiln had until six shelves, so the total usable space of the shelves is around 39 m. In addition, it is necessary to add that the central space of the cooking chamber was used in order to place big objects such as clay pots.