Priego is waiting for you. 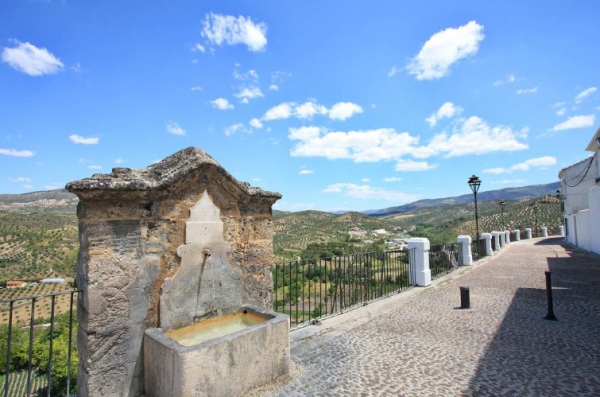 Priego is waiting for you.

Discover the most beautiful town in Andalusia.

During the next nine weeks, each Friday in the Diario CÓRDOBA, we will explore the immense touristic delights that can be found in Priego de Córdoba. Under the title of “Priego de Córdoba is waiting for you”, the most beautiful town in the province of Córdoba emerges from the Balcón de Adarve to visit the pages of this newspaper. Its spectacular old town quarter (Barrio de la Villa), was declared to be of special artistic and historic interest in 1972. The original nucleus of modern day Priego is enveloped in magic, the contrast between the whiteness of the houses with the greenness of the olive groves in the surrounding mountains. The medieval inspired streets, with their narrow twists and turns that take you on a journey through a labyrinth adorned by the beauty and harmony of the whitewashed houses. The area is surrounded by the Ardarve, a natural defense for the fledgling medieval town. As you travel through this neighbourhood, do not miss the opportunity to pass along Calle Bajondillo, Plaza San Antonio and Calle Real, which will bring you to Paseo de Colombia, popularly known as “Paseo de las Rosas” (the avenue of roses) by the locals. As you pass through our town of Priego it is well worth your time to stop at the parish church of Nuestra Señora de la Asunción (Our Lady of the Assumption), in the Mudejar-gothic style of the 16th century, or the Carnicería Reales, the ancient meat market and slaughter house, also from the 16th century. You can take a break on your tour by visiting the castle. A defensive Arab fort rebuilt in the 13th and 14th centuries. But Priego has many more places to discover.

It is a place for the traveller to immerse himself in experiences that he will never encounter on other journeys. The churches of the Aurora and San Francisco, the sound of the fountains, such as the Fuente del Rey (King´s Fountain) or the Fuente de Salud (the Fountain of Health). The former, after successive transformations during the 16th century, was completed at the beginning of the 19th century. The sculptures were designed and carved by Remigio del Mármol, and its 139 fountain spouts pay homage to the monuments central figure, that of the god Neptune. The first pool is guarded by a lion, from whose jaws spouts a jet of water, and which is attributed to the neo-classical sculptor J. Álvarez Cubero. The ensemble was declared of special cultural interest. Not forgetting the churches of Our Lady of Carmen, Angustias, the church of San Pedro or of the Hospital of San Juan de Dios and of course Las Mercedes (Our Lady of Mercy).

Priego was also the birthplace of Niceto Alcalá-Zamora, the first President of the Second Republic. His house was converted into a museum after his daughters donated the building to the town in 1986. It is located in Calle Río.

Nowadays it is managed by the Municipal Foundation Niceto Alcalá-Zamora, which was set up in 1993 in order to deepen the understanding and study of the historical importance of the first President of the 2nd Spanish Republic. Another outstanding place is the house museum of Don Adolfo Lozano Sidro (1872 – 1935), which is situated in Carrera de las Monjas. It is in the typical Andalusian mansion style, with an ample colonnaded patio and art deco decoration.

The museum is dedicated to Adolfo Lozano Sidro, who became one of the most highly admired illustrators during the early part of the 20th century. He worked for the magazine Blanco y Negro and ABC newspaper. There are other museums that are worth visiting; one such can be found in Castil de Campos, a house museum set out as a traditional village house and showing the arts and customs of the region. Another is the Almond Museum, near Zamoranos which has a fascinating display of antique machinery that were used to process the nuts.

On the top floor there is an incredible vantage point with beautiful views of Zamoranos and you can also choose from a wide selection of nuts, dried fruits and other local products.

There are many places where you can discover the splendor of Priego, particularly the baroque that attracts the attention at every turning. Each Friday, in our travels we will cover these places in detail, along with Semana Santa (Easter Week), the richness of the baroque, the fascinating museums, the small villages, the Geopark and the Natural Park of Sierra Subbéticas or the La Trufa Mycological Garden.

Priego, together with other towns in the region form part of the UNESCO Sierras Subbéticas Geopark, including the central part of the mountain range Cordillera Bética. It covers an area of 32,560 hectares. From here you can get information about natural resources, such as basic information about local flora and fauna and its protection, etc. Also you can get maps, photos and publications that will help you plan your trip,

participate in conservation and find out about tools for sustainable development for people that live in this environment. As Priego has always been involved in its natural environment, it has been able to specialize in country sports and provide born sports enthusiasts with several different ways of enjoying their stay. Such as mountain biking (BTT), Trail and road bike trips through the mountains, canicross, bikejoring etc.

There are festivities throughout the year, starting with the the Three Wise Men parade (Los Reyes Magos) at Christmas. There are other parades for Carnival, Semana Santa (Easter week) and Los Domingos de Mayo (The Sundays in May), the latter two declared to be of special tourist interest. Other outstanding attractions are – the Romería pilgrimage, the festival of Corpus Christi or the Feria Real (Royal Fair). But let us return to the great Easter celebration. At the summit of el Calvario a great crowd of people gather expectantly waiting, together with Our Lady of Sorrows and the group of sculptures of Saint John, Mary Magdelene and Saint Veronica. All waiting for the benediction of the hornazos (pastry chicks filled with a boiled egg). This is the crucial moment of the Priegense Easter celebrations.

The small villages and isolated settlements that surround Priego form an integral part of the town. Some of them go back as far as the Middle Ages, although the majority date from the modern era, namely the 18th and 19th centurie, all of them closely allied to the need to live near to the land they farmed. Nowadays they are a stronghold of traditional ways and customs with artisan refuges and rustic architecture providing a tranquil lifestyle. Priego has 21 small villages and settlements.

There is a large and diverse range of places to stay. Priego contains unique corners where you can enjoy yourself either with family or friends. Another huge attraction for tourists is the excellent cuisine replete with local ingredients of exceptional quality such as extra virgin olive oil, Protected Designation of Origen ”Priego de Córdoba”, with possibly the greatest number of world prizes for quality. The exquisite scrambled eggs with Collejas (plant shoots of the bladder campion). Not forgetting the traditions that are full of local colour and symbolism, such as the Brotherhood of Aurora. This town can claim to have a privileged natural environment with the Sierras Subbéticas Natural Park as its greatest asset, and the surrounding small villages where you can relax and commune with nature. For those who are really interested in the landscape and ecology, there are fantastic possibilities for climbing enthusiasts, potholers or for abseiling. These are just a few examples of the active tourism that are catered for. Whatever your interests, it is always worthwhile to take a weekend break to soak up the richness of this wonderfully unspoilt landscape and enjoy exquisite gastronomy in Andalusia´s Baroque capital. You will always find something surprising here.