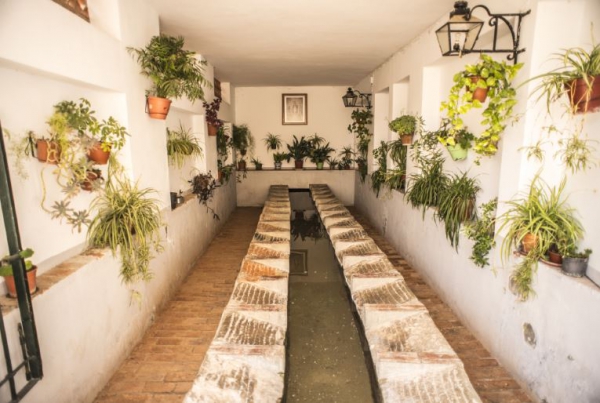 Priego is waiting for you. Tourism

Spend time in a city of waters par excellence

The town of Priego de Córdoba is situated on the border of Córdoba province, linking it to Jaén, Granada and Málaga. It has always been a routeway. Its situation attracted both the Romans and the Arabs and it continues to attract visitors passing through Andalusia.

It is surprising to find such a wealth of history and cultural interest crammed into a medium sized town like Priego. The Fuente del Rey (King´s Fountain) is one such shining example. Built of white stone, the ensemble at once exudes an air of magic and monumentality normally reserved for large towns and capital cities.

WATER. The fountain, designed by Remigio del Mármol and completed in 1803, is arranged as a line of three large pools set at different levels. Around these pools are 139 water spouts, projecting from mouldings and gargoyles. These continually supply water to the fountain and add to the languid movement of the water that mesmerises the visitor. Take the opportunity to sit on one of the stone benches that enclose the pools to quietly enjoy the shapes made by the water. In the centre of the monument are the main features of the pool consisting of two carved groups of characters from mythology. The recent restauration has restored their majesty, making a visit to see them obligatory. In the first pool, there is a group carved by the Priego sculptor José Álvarez Cubero, a lion fighting with a serpent that spouts a jet of water from his mouth. This work by the renowned local artist, evokes the neoclassicism similar to the fountains of Cybeles or Neptune in Madrid. In the main area of the fountain, a great stone chariot emerges from the waters, it is pulled by two horses and surmounted by the figures of Neptune and Amphitrite. The scene by Remigio del Mármol crowns the ensemble and allows the visitor to be transported back to Homers great Greek epics.

The recent restauration makes for an unforgettable visit

The Fuente del Rey is the focal point of its surroundings, but here we can also find the Fuente de la Salud (Fountain of Health), a work that predates it but now acts as its foil. Built over a natural spring which from the earliest times supplied the local inhabitants with their drinking water, it has become inextricably linked with the history of Priego de Córdoba

The Fuente de La Salud was built in the 16th century. The façade is constructed from polychromatic marble that projects from and is supported by the natural rock from which springs the source of the waters. It is built in the style of Italian gardens of that time, combining water, natural rocks, vegetation and sculpture. In the 17th century a small temple housing the figure of the Virgen de la Cabeza was added.

CHARACTERISTICS. Even without knowing anything about the history of the fountains, their size and majesty calls to us like an echo through the centuries As early as the first half of the 12th century, the cartographer and geographer of Ceuta, Al-Idrisi, mentions Priego – then known as Madinat Baguh – “it is a small town with open spaces, but very pleasant with numerous rivers passing through it, many of which power water mills located within the town itself.”

Together with the defensive element of the Balcón del Adarve, the spring guaranteed the success of this settlement ensuring it remained continuously inhabited from the time of the Arab conquest of the peninsular.

Nowadays, other things demonstrate the importance that the waters have had in shaping modern day Priego de Córdoba. For example, the ancient public wash houses, such as the one in Calle Loja; the parks, such as Paseo de Colombia, Huerta de las Infantas (Recreo de Castilla) and Corazón de Jesús in which the fountains are the main attractions. Even principal roads such as Calle Río follow the zig zag of the river.

The value of the waters remains plainly visible, as much for the Prieguenses themselves as for the visitor who decides to discover more about the town. The little drinking fountains distributed throughout Priego form just part of the characteristics of this enclave of the Subbéticas.

For 365 days a year their gushing waters invite the traveller to stop and satisfy his thirst as he wanders through the different streets past the monuments that adorn the old town. It is impossible to appreciate Priego without the fountains that mark the rhythm of its life and history. 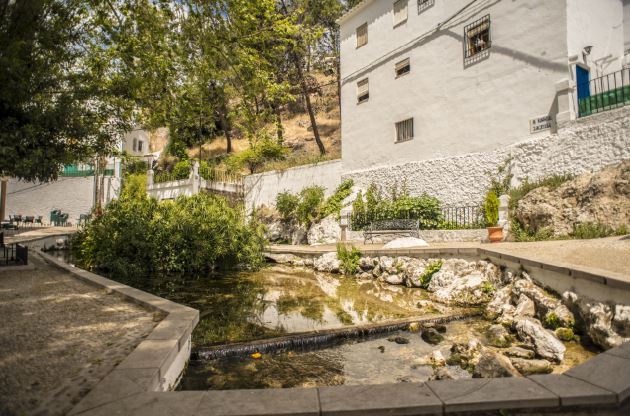